2015 piece piece on GarageBand for Pitchfork by Art Tavana. Grimes’ first album, Visions, was made using the software (although she’s since switched to Ableton Live):

Take Claire Boucher, aka Grimes, who spent years tooling around with GarageBand in Montreal’s underground scene while searching for her voice as an artist and producer. Those experiments eventually led to the 27-year-old’s breakthrough album, Visions, which was recorded entirely on the digital audio workstation, or DAW. Eventually, though, she realized the software’s limitations couldn’t keep up with her appetite for digital complexity. “It really can’t do anything,” Boucher once told Clash magazine. “There’s not a lot of stuff in GarageBand that’s good.” Boucher has since graduated to more advanced DAWs like Ableton Live.

There’s a general feeling that GarageBand 10 (which is the current version, released in 2013) is too limiting:

According to several musicians, newer versions of GarageBand make it harder to innovate and customize, showing that there’s a fine line between a program that’s accessible and one that’s too accessible. “You feel like you’re being told what to do now,” says Harvey. “So I just use an old version because I like the control it gives me.” In general, advanced users of GarageBand prefer the version of the software they first recorded on, suggesting that these digital natives aren’t above the comforts of nostalgia and familiarity.

GarageBand is an interesting prism to look at Apple’s perspective on creative apps because it’s the only creative app that Apple makes for iOS1. Personally, I find GarageBand so limiting it gives the impression of being hostile to creativity. It has wonderful built-in drum kits, and a fantastic array of ways to sequence and play them, but you can’t make new drum kits using your own samples, or even mix and match the built-in sounds. GarageBand’s drum kits are essentially a drum sampler, where you can only use samples provided by Apple. Similarly, GarageBand for iOS 2.2 added a powerful new synth named Alchemy2, but the version in GarageBand has a minimal interface that hides most of its controls, so you can use a great synthesizer, but only with the presets designed by Apple: 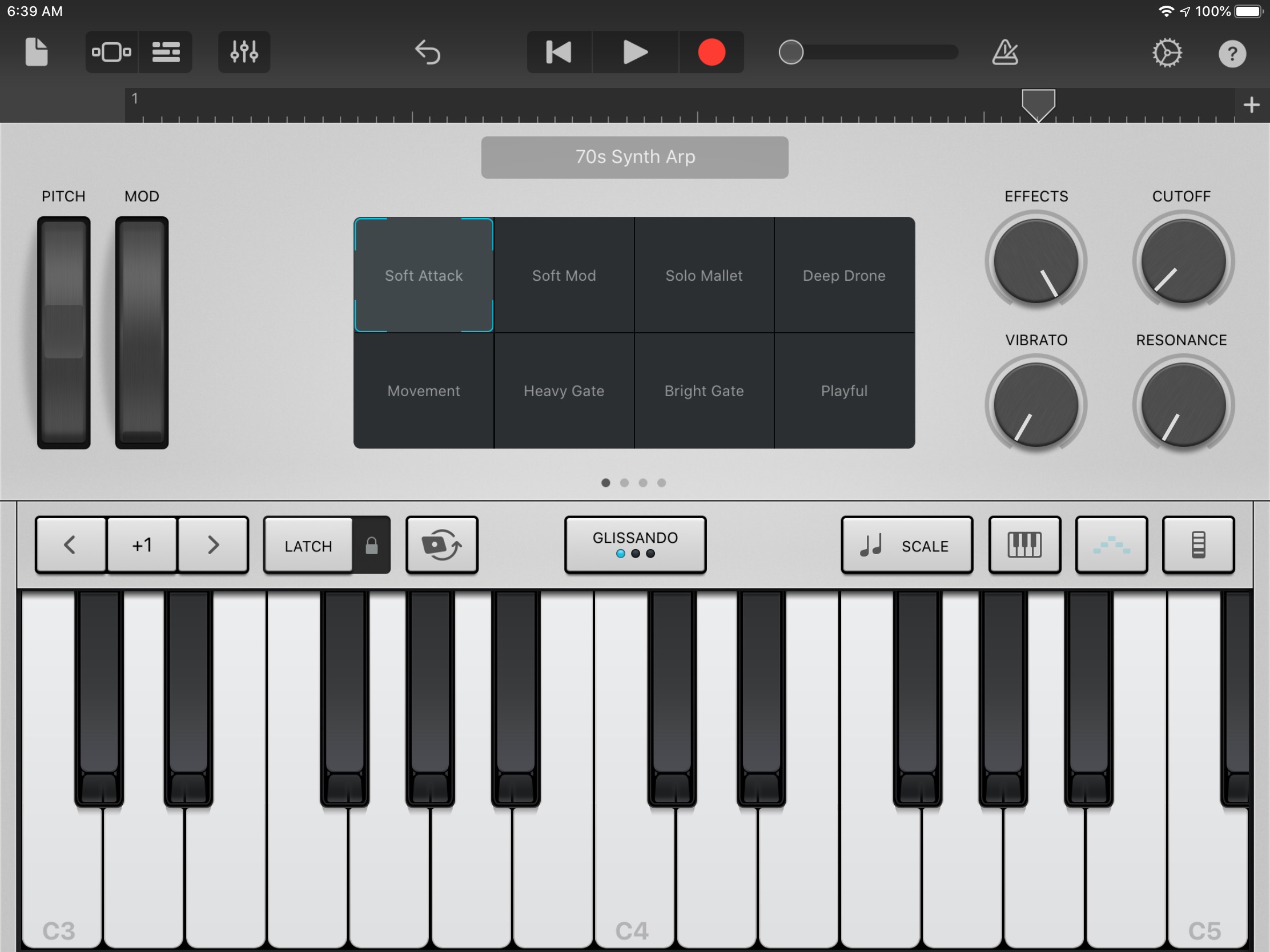 Here’s what Alchemy’s interface looks like in Logic Pro X3:

There’s a difference between simplifying tools, and being hostile to the very idea of expertise and open-ended creativity. Apple is increasingly veering towards the latter. This is the same Apple that’s simultaneously marketing the iPad as a replacement for a computer and selling $10,000 computers to creative professionals. Creative professionals have always needed expensive computers, but other than being more powerful, they were the same computers used by the rest of us. We could learn to use the same tools that the pros use, just on a smaller scale. Tools like GarageBand are working to undo the 35 years of democratization of creative tools brought on by the personal computer; it’s a throwback to a world where creativity is reserved for only the professionals that had access to the expensive tools required to do it.