The 2019 Audio Developer Conference has a video of a panel titled “Mobile vs. Desktop Software: Fragmented or Converging Practices?”. It’s moderated by AudioKit Pro co-founder Matthew Fecher, and the list of panelists are:

Fecher also talked to a few indie iOS audio app developers who were willing to share sales numbers about their apps. This section starts at 25:36, I’ve summarized the sales numbers below.

Most of the developers Fecher spoke to chose to stay anonymous, but not Chris Randall from Audio Damage. Audio Damage has a suite of plugins, most of which are available on both iOS and desktop. Here’s how their revenue breaks down:

The second developer Fecher spoke to had just released a new synth on both iOS and desktop. Here’s how revenue broke down for the first two months after launch:

The third developer had a synth that’s only available on iPad, their revenue broke down as follows:

The fourth developer shared their data after adding AUv3 to their app, which resulted in a boost to sales.

The final developer had one music app app that was initially released for iPad, that was then expanded to iPhone and Mac. Their sales breakdown on each platform is as follows:

There are some unique characteristics of this market relative to other creative app markets. For example, unlike illustration apps, a clear winner hasn’t emerged like Procreate, which is the #1 paid iPad app in the App Store. The closest to an overall winner so far is probably BeatMaker 3 which is currently the #3 paid Music app on iPad and #19 overall.

Instead of consolidating around big winners, instead the market seems to have embraced variety. In a recent iOS DAW poll at the Audiobus forum, the overwhelming winner was the AUM mixer app, which is primarily an AudioUnit host for other apps. It looks like this: 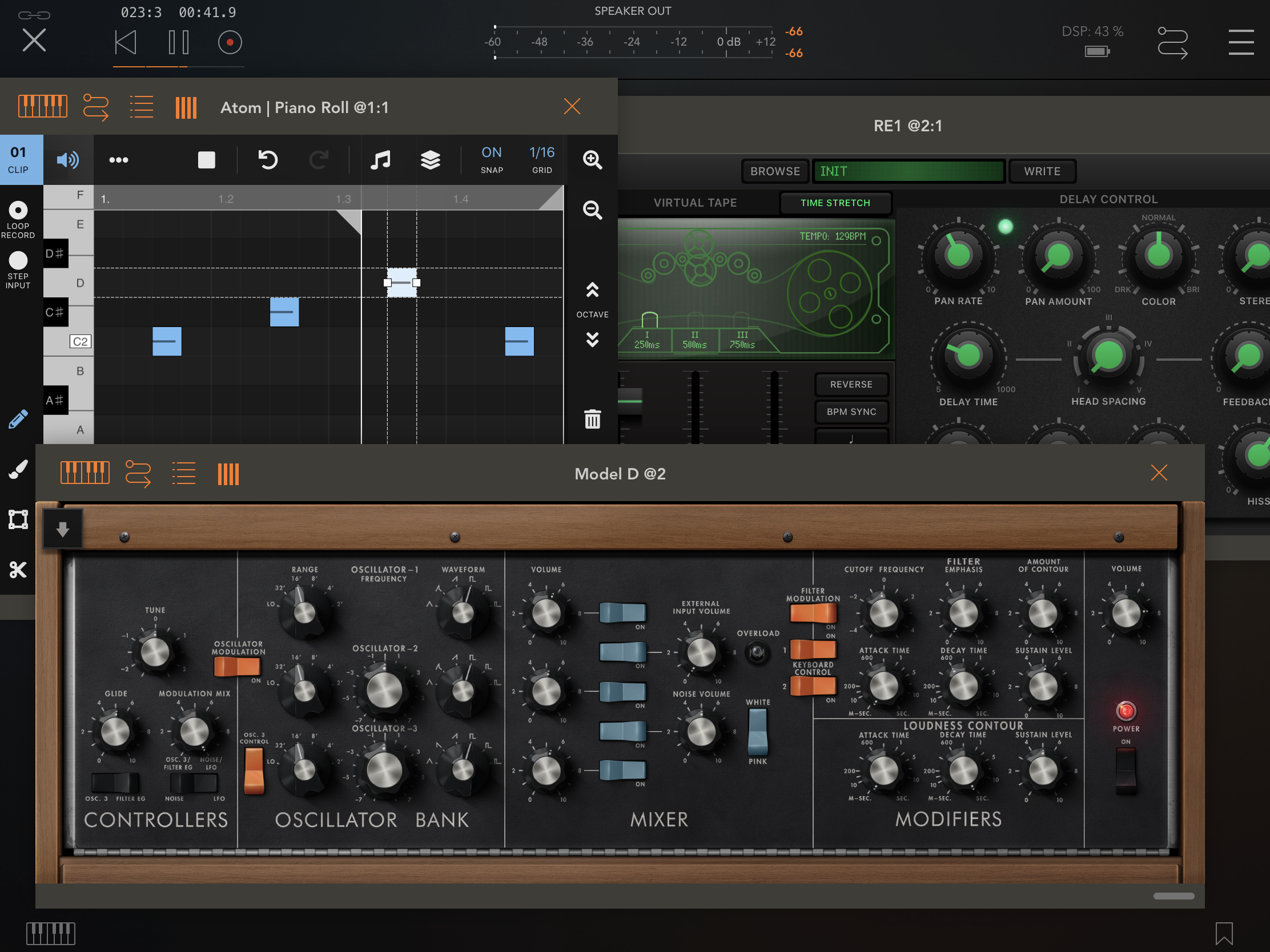 It’s fascinating to see an app like this come out on top for iOS, because the platform itself goes so far to emphasize the single app experience. That instead we have many small apps working together is likely the result of the App Store’s many restrictions making it difficult for a big winner to emerge1. Big winners thrive on creating their own ecosystem, and that’s hard to do when Apple has so many restrictions about what and how items can be sold, and how apps can be extended.

The variety of the iOS audio app market reminds me of the golden age of OS X indie development before the iPhone. It was a time when lots of new and innovative apps were being released by small companies, often consisting of just one person. The problem with an ecosystem like that is that it’s incredibly fragile, as the release of the iPhone, and Apple’s corresponding change in priorities, has shown. Many of the apps from the 2000s indie development scene are gone now, precious few developers from that era were able to transition to healthy businesses to maintain their apps over time. The true legacy of the OS X indie app movement is the iOS App Store itself, where more developers are competing over a larger market, but it’s a market where it’s notoriously difficult to make a living.

While the iOS audio market has found a way to thrive by embracing variety, it simultaneously has some of the same problem as other creative app markets on the iPhone and Mac app stores: There aren’t enough steady businesses to serve as anchors in the industry. What I’d like to see are more successes like Adobe or Ableton on the app stores.